MR2-Ben & Polybush have just spent the last 12 months designing, a polyurethane bush to replace the rear inner tow arm for the MR2 SW20.
This is the rear arm that links from rear hub to the subframe, this bush has only been available with the arm previously costing over £180 per side. These replacement bushes will replace the standard bushes for improved ride quality.
Supplied as a pair 1x Left 1x Right
Suitable for: Toyota MR2 mk2 1989-12-1991 & 1992-2000 Including all UK & Imported models. 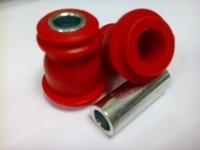 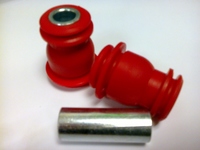